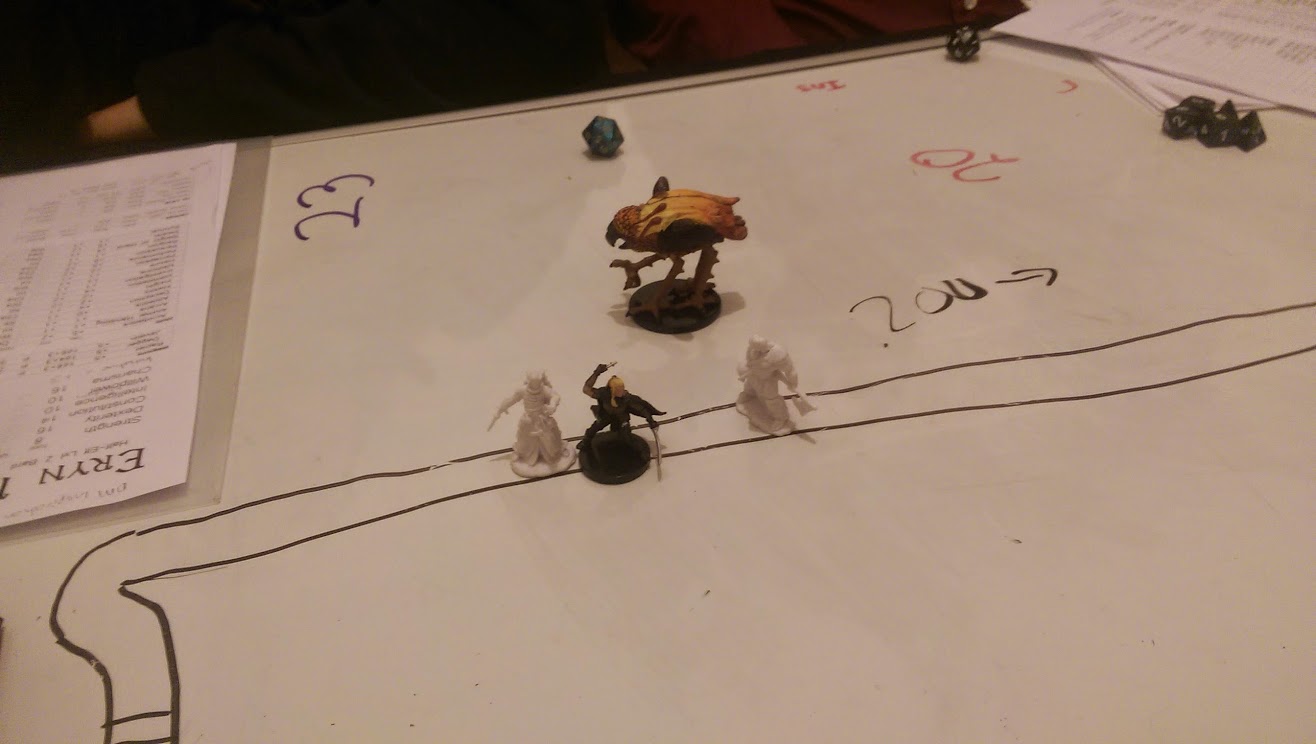 Continuing from last week’s session, the group carried on trying to find a mysterious wizard named Priax. Backtracking the path of the hobgoblin groups we’ve encountered so far, we found a mysterious single-span stone bridge over an enormous gorge. Figuring the hobgoblins would be most active at night, we waited until the following day to go over the bridge – and in the morning set off, roped to each other for safety.

Actually, no, it was a manticore – it just looks like a cockatrice in the pictures!

After a very long and tiring fight, the manticore was defeated…unfortunately it fell off the bridge so we couldn’t grab any feathers! But the tail stingers we were all stuck with might be enough of a trophy.

At the end of the bridge, a set of stairs going down to an interesting-looking door: 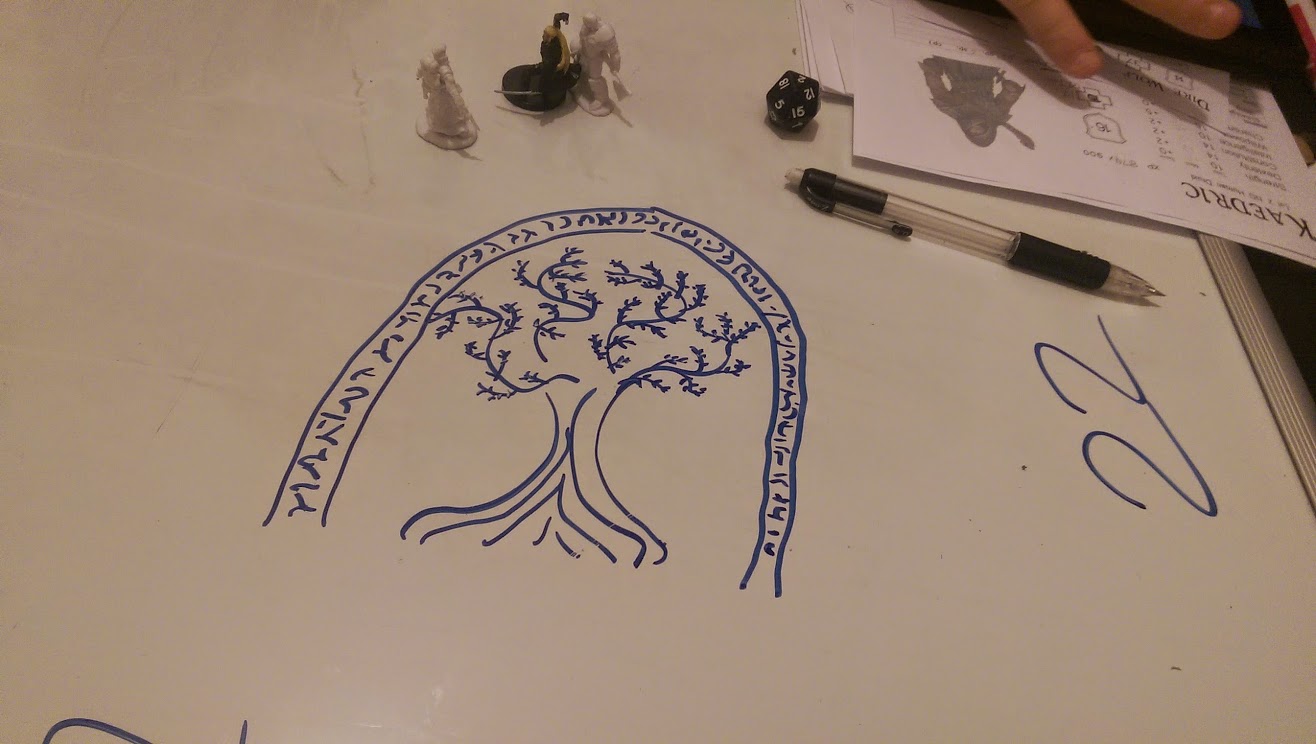 Under the door, blood drips – which we eventually figured out needed to be hobgoblin blood to open the door.

Once inside, the winding cavern trail led us to a room filled with LIQUID HOT MAGMA! 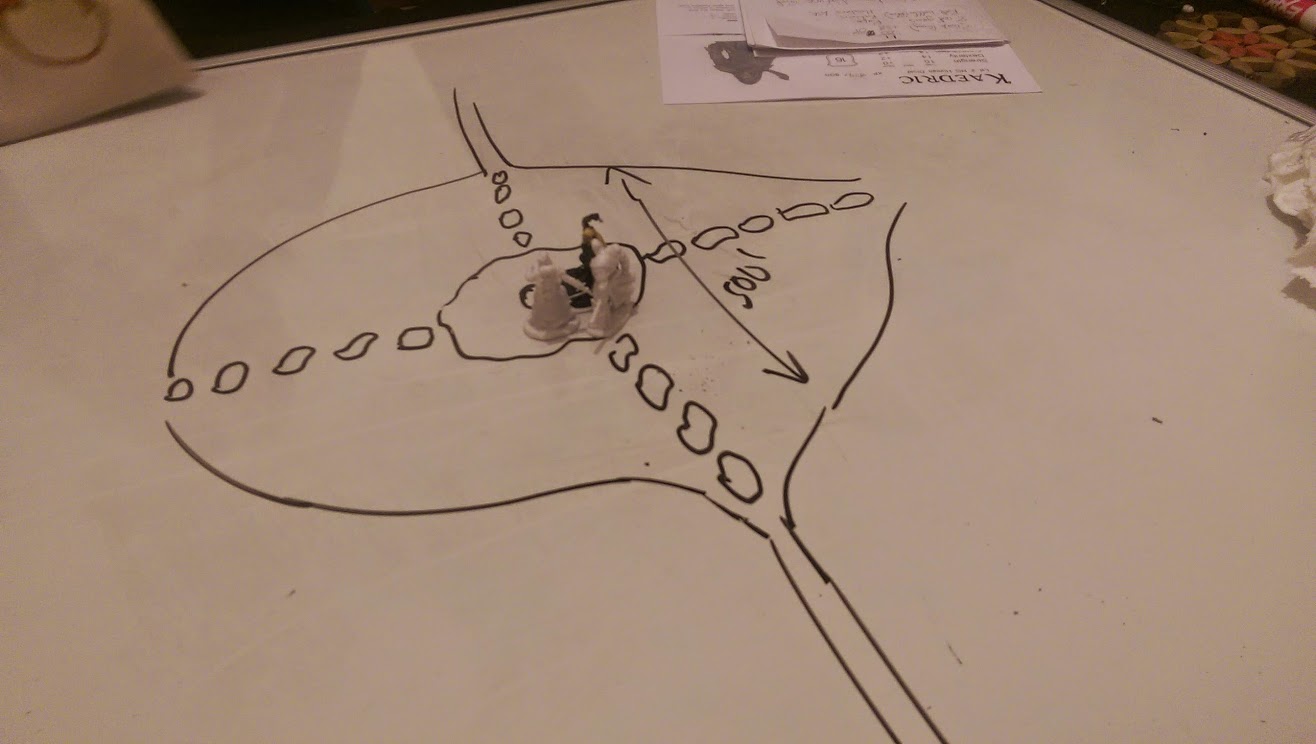 This cavern was huge, 500 feet across, with stepping stones leading to the middle island, upon with a stone tower stood. The tower was surrounded by a horde of demons, which were swept away by a circular tidal wave of lava as we watched.

Waiting for the lava on the stones to cool, we gingerly stepped across and eventually built up the courage to knock on the door – which was answered by a small, timid man who said that yes, indeed, his name is Priax…