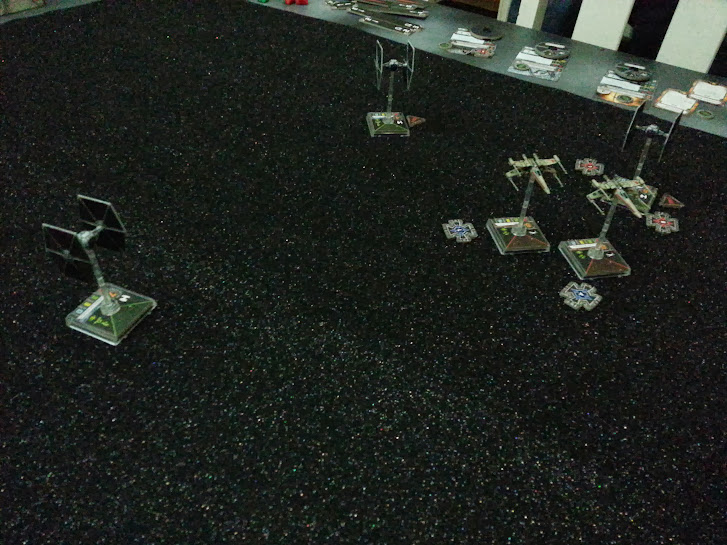 Shane finally got to break in his starter set with a Quick Start game, a 31-point game that he won, then we did a 60-point game where Luke and R2-D2 pulled out a fantastic (and very very close) victory! Biggs ‘meat shield’ Darklighter soaked up all the damage and after he was gone it was Luke & R2 facing 3 experienced TIE fighters, only one of whom was damaged (1 hp remaining). It took a lot of maneuvering, 2 or 3 turns of vastly lucky rolling and a lot of shield work from R2 but the good guys came through in the end 🙂

The 60-pt game lasted about an hour and a half, that could be reduced a bit the more we learn the rules, but there isn’t much more to learn really, the rules are pretty clear-cut. We did get a couple of major rules wrong in the 31-pt game but that’s just part of learning things.